Fittingly the baby that skied the 1980 Australian Birkebeiner in utero, got married on Howqua saddle on December 10th. 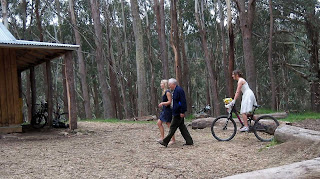 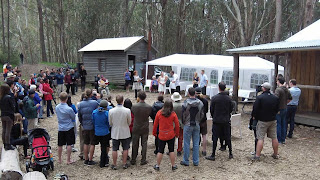 The wedding ceremony was witnessed by family and friends - four generations from two of the couple's grandmothers to the groom's young niece. There were a lot of friends - and everyone had a part to play. Including the weather deities who held off the rain and in the end shone sunshine on the newly weds.

Many present came on mountain bikes, and I'm told the trails at Mounts Buller and Stirling did not disappoint. 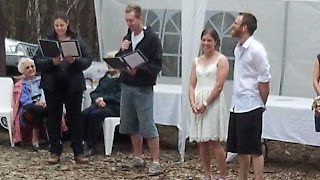 Everyone had a part to play. 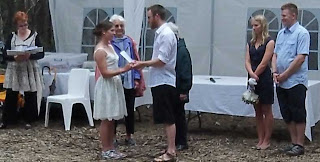 And the two grandmothers witnessed the vows and the signing of the documents. 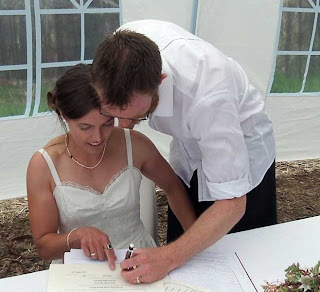 And then off to cycle the mountain - there's no holding these two back..... 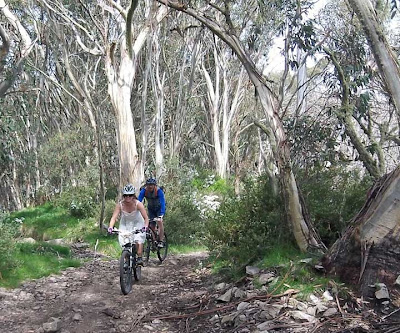 except of course for a reception at the Chalet where Sven's mother Merilyn had produced a mountaineering cake.

So long life and happiness to the bride and groom!

Posted by Jenny Sculpts at 7:31 PM No comments: